Entertainment industry disruption: the fight for your free time.

All investment strategies have the potential for profit and loss, your or your clients’ capital may be at risk.
Past performance is not a guide to future returns.

There’s no shortage of wind in Orkney. When you visit, you don’t just feel it whip at your skin but notice the many wind turbines spinning across the islands.

They aren’t limited to the large-scale wind farms you might be familiar with. Orcadians have installed more than 500 micro-turbines in their gardens to generate electricity for their own use and to sell to energy companies. That’s the equivalent of nearly one for every 20 of the islands’ households. And these are supplemented by about 350 solar power installations.

“They’ve now been told they can’t build any more because the grid can’t take it. What’s mad is that many residents own electric vehicles and could theoretically use them as batteries to increase storage capacity, drawing on them to power the kettle and the like. The chargers can do that, but the regulator won’t let them.”

Orkney provides a taste of what the world might be like after the transition to renewables is complete.

“Every barrel of oil pumped out of the ground is heating the atmosphere and making the world worse for our children,” says McPadden.

“From an investment perspective, the exciting thing is that the renewable alternatives will be fundamentally cheaper. The wind blows and the sun shines for free. You don’t need to pay to extract them, and the technologies involved are constantly falling in cost.”

About 2 per cent of the solar energy that reaches the earth is transformed into wind. That might not sound like much, but it equates to more than 166 times humankind’s annual energy use and about 37 million times the amount of wind energy we harvest today.

Not all of it is easily accessible. We are unlikely to build wind farms in the middle of the Atlantic Ocean, for example.

But they can be built far enough away from land that they aren’t easily seen. Offshore developments are more expensive to develop and maintain than their onshore equivalents. But they have several factors in their favour:

Ørsted, for example, has built the Hornsea One project about 75 miles off England’s east coast. Its wind turbines are more than double the height of most UK land-based counterparts. That helps them produce enough energy to power over one million homes.

Other companies benefiting from this trend include Vestas, Siemens Gamesa and Xinjiang Goldwind. But it’s a select club.

How China’s ecommerce apps are changing the way we shop

Entertainment industry disruption and the fight for your free time

“As you make turbines bigger and bigger, the technology and investment need to go up substantially,” says McPadden.

“Companies have dropped out for that reason. There’s only a very small number now capable of making them.

“So there should be a pathway to the remaining firms making profits in a more durable way.”

That’s not to say all the action is offshore.

The world’s solar capacity has doubled every 20 months since 2004. And an observation known as Swanson’s Law has tracked related equipment falling in price by 20 per cent for each such period.

We have already reached the point when subsidy-free solar has become cheaper than using coal, which should encourage large energy providers to make the switch. And soaring oil and gas prices are also encouraging homeowners and businesses to fit panels to their roofs as the break-even period shortens.

McPadden suggests that for Swanson’s Law to hold, further price savings will most likely come from finding ways to make the solar wafers and modules used to make solar panels at a lower cost.

“Scale could give a company an edge in this segment of the supply chain.”

Solar and wind energy projects also have predictable running costs, unlike fossil fuels, which is an additional competitive advantage on top of environmental and carbon accounting benefits.

“That gives them assured electricity supply at a pre-determined price, which appeals as businesses want certainty even if it costs them slightly more. The energy generator is also assured of getting that price, so they're not exposed to the volatility of the wholesale market, making it a win-win.”

One recent example is the supermarket company Tesco committing itself to buy electricity from a wind farm in the north-east of Scotland for 13 years.

“I don't think you'd have seen Tesco sponsoring an oil platform in the North Sea.”

Decarbonising electricity production will only go part of the way to meeting 2050’s net zero goals.

“Sometimes the wind doesn’t blow. Sometimes the sun doesn’t shine. So you need some form of storage to balance out those ups and downs,” says McPadden.

“Batteries are perhaps the most obvious solution.”

So batteries storage facility operators are one investment opportunity. McPadden predicts their business case will be based on an ability to arbitrage the cost of electricity: buying it when it’s cheap because renewables are producing more than can be consumed, and selling it back when the reverse is true.

She highlights Neoen as being a leader in the field. Last year it switched on Australia’s biggest grid-connected battery, capable of providing 250MW of additional peak capacity. It’s primed to play a key role in helping the state of Victoria reach its 50 per cent renewable energy generation target by 2030.

“The issue with infrastructure owners and developers, however, is that they are very labour intensive and can’t scale quickly,” McPadden adds.

“So the equipment suppliers might be more interesting in a sense – battery makers like CATL, LG Energy and Northvolt.”

It involves using renewable energy to produce the fuel from water via electrolysis.

“Cement production is one, where the kilns require extremely high temperatures. Steel manufacture is another: you cannot reduce iron into iron briquettes without some form of gas.”

The cement-maker CRH and Fortescue Metal Group are experimenting with the nascent technology, although McPadden cautions that it only offers part of the solution.

“Cement production also emits CO2 from the chemical process used, so even shifting to hydrogen to generate heat doesn’t fully decarbonise the process.”

Hydrogen also has a role to play in long-distance, heavy-duty transport.

“Cargo ships, for instance, have massive energy demands,” says McPadden. “You can produce green hydrogen, turn it into ammonia and then use that as a fuel source. Freight trucking is another example.”

Two companies set to capitalise on this are ITM Power and Nel. Both make advanced electrolysers, as well as being pioneers in hydrogen refuelling stations.

Reducing the amount of carbon dioxide entering the atmosphere should slow global warming. But to reverse it, you first need to remove it.

That’s where Climeworks comes in with its direct air capture technology.

It works by using renewable energy to power big fans, which blow air across a solid ‘sorbent’ filter that binds with CO2.

When it can’t contain any more, engineers remove the sorbent and heat it to release the gas, which is then locked away in basalt rock formations, allowing them to reuse the filter.

“So companies like Microsoft are willing to pay quite a lot of money per tonne to be able to say: ‘We know exactly how much carbon we’ve removed from the atmosphere, and we know that’s going to be stored forever.’”

Solutions like this are capital intensive. They will require patience to achieve either significant impact or sizeable returns.

But as McPadden notes, “the transition from fossil fuels is an opportunity to transition to a fairer, cleaner, more pleasant world to live in,” as well as being a way for our clients to benefit from enabling companies to achieve that goal. 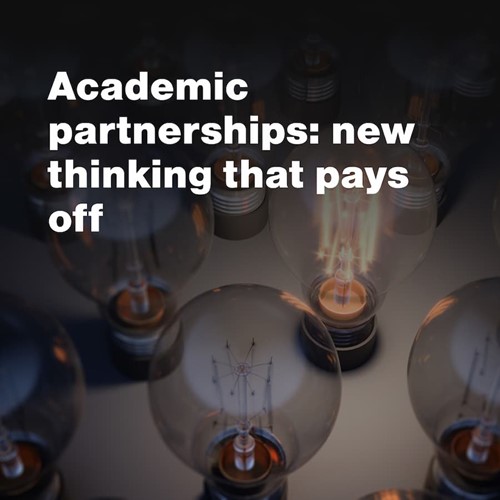 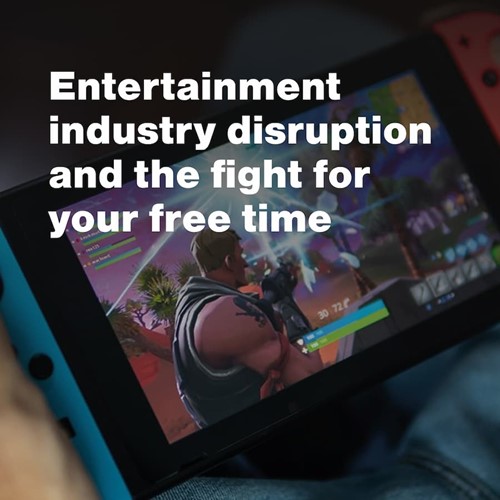 The views expressed should not be considered as advice or a recommendation to buy, sell or hold a particular investment. They reflect opinion and should not be taken as statements of fact nor should any reliance be placed on them when making investment decisions.

This communication was produced and approved in June 2022 and has not been updated subsequently. It represents views held at the time of writing and may not reflect current thinking.

This communication contains information on investments which does not constitute independent research. Accordingly, it is not subject to the protections afforded to independent research, but is classified as advertising under Art 68 of the Financial Services Act (‘FinSA’) and Baillie Gifford and its staff may have dealt in the investments concerned.

All information is sourced from Baillie Gifford & Co and is current unless otherwise stated.

The images used in this communication are for illustrative purposes only.

Persons resident or domiciled outside the UK should consult with their professional advisers as to whether they require any governmental or other consents in order to enable them to invest, and with their tax advisers for advice relevant to their own particular circumstances.

Baillie Gifford Investment Management (Shanghai) Limited 柏基投资管理(上海)有限公司 (‘BGIMS’) is wholly owned by Baillie Gifford Overseas Limited and may provide investment research to the Baillie Gifford Group pursuant to applicable laws.  BGIMS is incorporated in Shanghai in the People’s Republic of China (‘PRC’) as a wholly foreign-owned limited liability company with a unified social credit code of 91310000MA1FL6KQ30. BGIMS is a registered Private Fund Manager with the Asset Management Association of China (‘AMAC’) and manages private security investment fund in the PRC, with a registration code of P1071226.

Baillie Gifford Overseas Investment Fund Management (Shanghai) Limited柏基海外投资基金管理(上海)有限公司(‘BGQS’) is a wholly owned subsidiary of BGIMS incorporated in Shanghai as a limited liability company with its unified social credit code of 91310000MA1FL7JFXQ. BGQS is a registered Private Fund Manager with AMAC with a registration code of P1071708. BGQS has been approved by Shanghai Municipal Financial Regulatory Bureau for the Qualified Domestic Limited Partners (QDLP) Pilot Program, under which it may raise funds from PRC investors for making overseas investments.

This material contains general information only. It does not take into account any person’s objectives, financial situation or needs.

Baillie Gifford Overseas is not licensed under Israel’s Regulation of Investment Advising, Investment Marketing and Portfolio Management Law, 5755-1995 (the Advice Law) and does not carry insurance pursuant to the Advice Law. This material is only intended for those categories of Israeli residents who are qualified clients listed on the First Addendum to the Advice Law.

Paulina joined Baillie Gifford in 2013. She has worked with regional and global equity teams and is an analyst in the International Growth Team and co-manager of International Concentrated Growth. Paulina graduated MA (Hons) Arabic & Politics from the University of Edinburgh in 2013 and is proficient or fluent in Arabic, French and Polish.