It began at the dawn of the UK’s membership of the European Economic Community and now invests in the continent’s most exciting companies. John Newlands traces the Trust’s story through turbulent times.

Please remember that the value of the investment can fall and you may not get back the amount invested. Past performance is not a guide to future returns.

In 1972 Britain at last swept away the barriers – mainly French objections – to its entry to the then European Economic Community (EEC).

That same year a new investment trust was born. F&C Eurotrust was spun out from the venerable Foreign & Colonial Investment Trust, one of many such companies cropping up all over the City: “aimed at giving investors an economical route to Europe,” as one rival advertised.

F&C Eurotrust was born into general optimism and rising markets following tax cuts in the wake of the Conservatives’ recent return to power. It issued a total of 7.5 million initial shares at £1. That, along with borrowings, took gross assets to just over £10m.

Its managers weighted the portfolio heavily towards French and German stocks – 39 per cent and 14 per cent of gross assets, respectively. The five largest holdings were:

Just after the shares listed, Chancellor Anthony Barber floated sterling, which had previously been pegged to other currencies. It was a first step towards the pound’s devaluation, and it presaged a period of chaos in international currency markets. However, the Trust’s early performance, Chairman Charles Wainman said, “justifies the opinion of the directors that Europe represents a sound area for investment”.

He spoke too soon. Throughout the 1970s, the Trust’s managers grappled with market-destabilising oil shocks and exchange controls that gummed up the works of cross-border investment, until Chancellor Geoffrey Howe removed them in 1979.

The 1980s proved better for the Trust. As Chairman Derek Baer said in 1983: “The cause of the bull markets has been the fall in inflation, which every government, even now in France, has been pursuing… which can fairly be described as good housekeeping… European stock markets have at last showed investors what they could do.”


The Trust began the decade with net assets slashed to £6m. But a combination of strong capital growth, a merger with the £9m Nordic Investment Trust and a £20m rights issue in 1988 led to an almost tenfold growth in assets. They totalled £59m by 1989, the year the Berlin Wall fell.

As the 1990s gathered pace, the Trust continued to trade at a big premium. That led to another rights issue in 1991, which raised £19m.


Then came the effective devaluation of sterling following 1992’s Black Wednesday and the UK’s ignominious exit from the Exchange Rate Mechanism (ERM).

That boosted investments in stronger European currencies. By 1993, the Trust’s net assets exceed £100m for the first time. Four years later they were soaring towards £250m.

Assets received a further uplift with the 1998 merger with Foreign & Colonial German Investment Trust, deemed to have had its day given the move toward a unified European currency.

As the end of the 20th century approached, France dominated the portfolio, representing 29 per cent of its gross assets, followed by Germany at 16 per cent. The Netherlands and Italy came next in line.

As the millennium turned, the five biggest holdings were:

The Trust’s annual reports now featured two sets of figures, the first in sterling and the second in European Currency Units (ECUs), presaging the Euro’s creation in 1999.

Douglas McDougall, formerly a Baillie Gifford senior partner, was appointed Chairman of F&C Eurotrust in May 1999 – just in time to witness the bursting of the tech bubble. After this came the shock of 9/11, another Iraq war and gradual recovery before the storm of the great financial crisis.

In October 2004, the Trust’s parent company F&C Management merged with ISIS Asset Management. Soon after, Stephen White left the company, having served as the Trust’s manager since 1986. Over these years, MacDougall reflected, “the company has safely outperformed its benchmark and its net assets have risen from £32m to £329m”.

Tough years followed in which the Trust struggled to match its comparative indices and suffered painful setbacks in the late 2000s credit crunch.

In 2009, the board sacked its managers and appointed Edinburgh Partners Limited in their place. Sandy Nairn was the co-founder of this independent manager. A shrewd operator and a familiar boardroom face in the Scottish capital, Nairn and his team applied their ‘value investment’ style to the renamed European Investment Trust for the next nine years.

Asset prices then made a strong recovery, turbocharged by quantitative easing on both sides of the Atlantic. The Trust grew once more, taking net asset value per share to a new high in the last quarter of 2017. But the longer-term picture was less satisfactory. The Trust underperformed the FTSE All-World Europe ex-UK Index over three and five years.

A review of management led to the appointment of Baillie Gifford with effect from 29 November 2019. The firm renamed it Baillie Gifford European Growth Trust and appointed Stephen Paice and Moritz Sitte as its managers. Chris Davies joined them in March 2021.

The three investment managers overhauled Edinburgh Partners’ portfolio. They filled it with the 40-odd companies they thought had the best chance of outstanding growth, regardless of sector or country. The background, Paice said, was “a seismic shift” in European ambition, especially in the continent’s hitherto lagging tech sector, where disruptive new companies were growing fast.

“We can see from spending time with companies in Stockholm, Berlin and Paris that companies are starting to believe they can bring world-beating platforms and tech businesses to life,” he added.

Sweden has been a marked area of interest, where the managers have found innovation, strong company culture and good alignment between business and government.

The trio also favoured founder- or family-led companies, often the proprietors of what Paice called “brands with staying power”. These included Richemont, which owns Cartier, and Kering, which owns Gucci and Balenciaga.

From Swedish tool maker Atlas Copco to German ecommerce giant Zalando, the European market has proved fertile for exceptional growth companies, many privately owned – shareholders approved a raised limit of 20 per cent in unlisted holdings in 2022.

Nearly two years after the new managers’ appointment net asset value total return had been close to 70 per cent, as Michael MacPhee noted in his 2021 chairman’s statement. That was about three times as high as the FTSE Europe ex UK Index in sterling terms. The share price total return was 80 per cent, with the discount narrowing from 8 per cent to 1 per cent.

Even in volatile times, Paice has found grounds for optimism. “Europe is starting to reinvent itself, he said, “and the opportunities for long-term growth investors have never been as abundant.”

Explore the history of some of Baillie Gifford’s other trusts 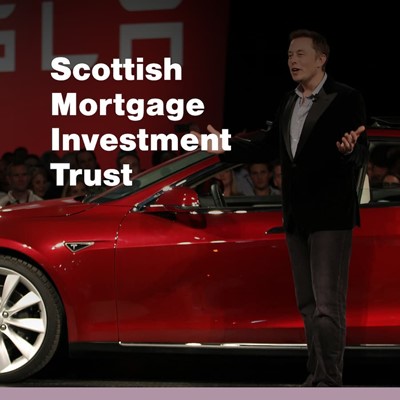 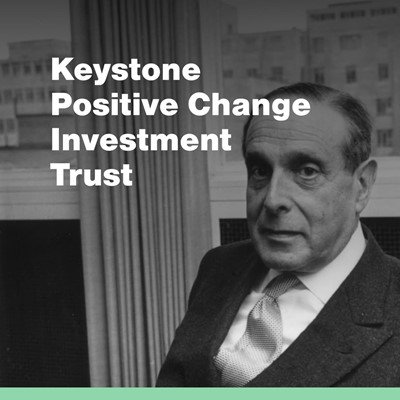 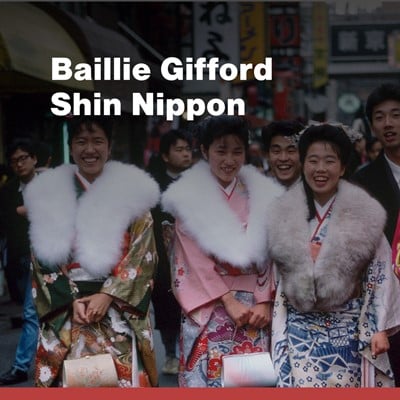 The Trust is listed on the London Stock Exchange and is not authorised or regulated by the Financial Conduct Authority.

This information has been issued and approved by Baillie Gifford & Co Limited and does not in any way constitute investment advice.

Annual Past Performance to 31 March Each Year (Net %)

Performance source: Morningstar, FTSE, total return in sterling. Past performance is not a guide to future returns John is a financial historian and authority on investment trusts. He was formerly head of Investment Companies Research at Brewin Dolphin. John graduated from the University of Edinburgh Business School in 1995 and has also served in the Royal Navy as a chartered electrical engineer.